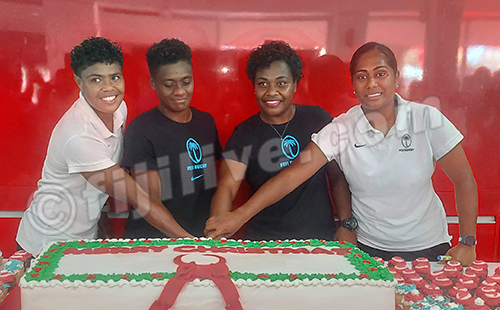 Vodafone Fiji Acting Chief Marketing Officer Pranil Chaudhary said they plan to provide more for their valued customers and end the year on a high with an extensive Christmas Campaign surmounting to total giveaway prizes of $200,000.

“$190,000 cash will be up for grabs if you purchase any Samsung device or simply recharge from any Vodafone outlet to go into the draw to win cash.

“$10,000 cash will also be available for our Mpaisa and QR-Payment customers.”

Chaudhary also added that Vodafone was venturing into a new promotion with South Korean multinational manufacturing conglomerate Samsung which customers could take advantage off to purchase the new items on offer.

Customers at the launch were treated to cake as well as water flasks and autographed rugby balls.

The promotion ends on December 31.