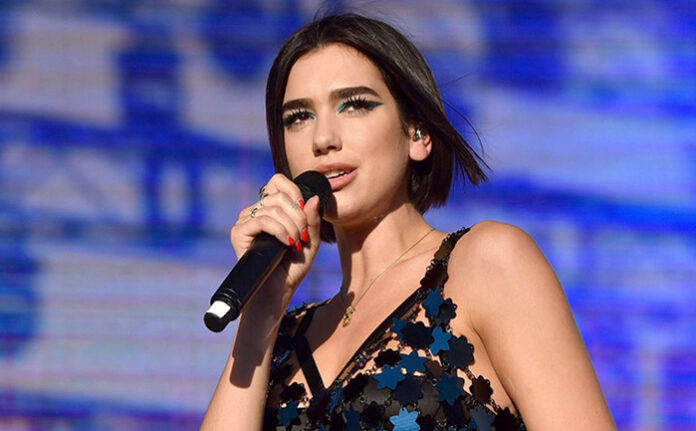 Top female singer Dua Lipa says she would love to collaborate with Stormzy.

The ‘Levitating’ hitmaker was delighted to hear the 29-year-old singer recently name her as the person he’s most keen to work with and she admits she’d jump at the chance to get into the studio with him.

She replied: “I love that! I’m such a fan… It’s so weird. I flew in this morning and the whole flight I was listening to Stormzy’s new album and I just think what he’s done is so like daring and different and authentic and he’s just really stuck by what he believes in and wants to do.

“I was thinking that today and I know he’s performing tonight, so this is really cool and I definitely would love to work with him. I am such a fan of his.”

Asked if she has a message back to him, she told Roman Kemp backstage at  Capital’s Jingle Bell Ball with Barclaycard at The O2 in London on Sunday (11.12.22): “Let’s do it.”

Meanwhile, the 27-year-old star revealed she’s already started work on her next album and found the writing sessions a welcome break from life on tour.

Discussing her plans for 2023, she said: “Relaxing on the shows, I’m preparing for new shows but hopefully finishing my next album. That’s where I’m at.”

Asked if she’s already started the record, she clarified: “Yes, yes I started it whilst I was on tour.

“I had short periods of time in between legs. It’s not [done] on the tour bus, but I’d have a couple of weeks in different cities where I’d just be able to get in a studio where I could just write. And that actually helped me separate from tour life, because the tour had just become my life.”