No irregularities in election: MOG 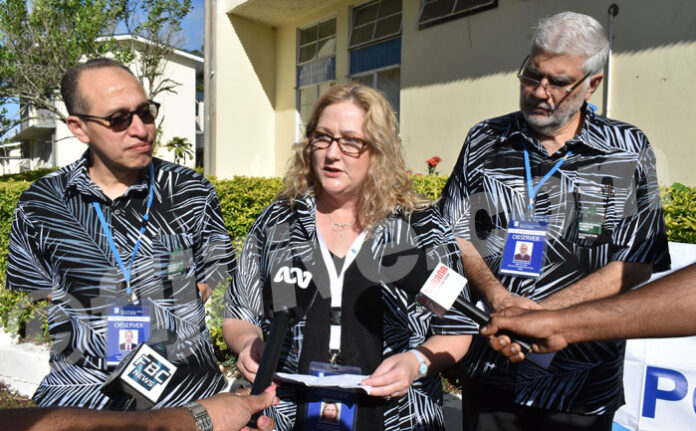 The Multinational Observer Group (MOG) did not observe any significant irregularities or issues during Pre-Polling, postal voting, or Election Day voting.

The MOG in an interim statement said its assessment found that Fijian voters were able to exercise their right to vote freely and the Fijian Elections Office (FEO) had built upon lessons learnt from delivering the 2014 and 2018 General Elections to improve its administration and operational effectiveness.

This included significant efforts to expand voter awareness to support voters in exercising their right to vote.

The MOG observed the functions and operations of the FEO to be technically proficient and assesses that it was well-prepared to deliver a transparent and credible electoral process in a professional manner.

The Group said while many non-government stakeholders reported their concerns regarding increased restrictions on some previously available formats of election-related activities and discourse ahead of the election, voting took place in a calm, peaceful environment.

“The MOG observed that persons with disabilities were actively assisted to vote during Pre-Polling and on Election Day.”

“Counting proceeded in a systematic, methodical and transparent manner, consistent with the pre-published FEO guidelines. On the evening of 14 December, the FEO reported immediately to the MOG an ‘anomaly’ in its FEO Results App presenting provisional vote results, which was rectified.”

“The MOG notes that the FEO Results App is not used to count votes, but only to publish results.

“The publication of updates on final results has been slower than anticipated, due to additional quality control processes,” MOG further stated.

The Multinational Observer Group is co-chaired by Australia, India and Indonesia, with representatives from 16 countries and two regional organisations: the Pacific Islands Forum Secretariat and the Melanesian Spearhead Group.