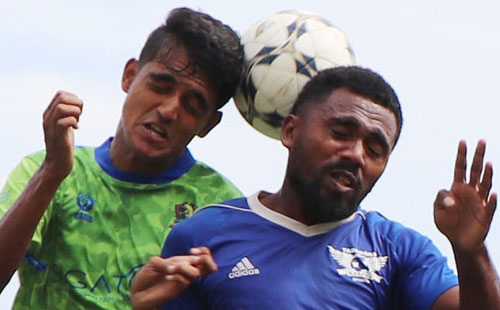 Defending champions, Rewa’s Kasavu FC are confident of winning the Southern playoff of the National Club Championship (NCC) this month.

Head coach Niju Shah said they are not underestimating any team and will take the NCC as a major tournament with the aim to defend their title.

“It’s been a tough Rewa league for us because just last week we finished the last four club games.”

“We were late in finishing our club games as most of our players were part of the O-League in New Zealand so that pushed back our club games.”

“In achieving our aim, we have to first top the playoff against Suva, Nasinu and Tailevu Naitasiri. The three teams are our toughest rivals and we are not taking them easy.”

“NCC is like a restart button for most of the players in the Rewa team, especially the youth players who want to excel in the upcoming year. We take this nothing less than and tournament like IDC. It’s really big for the young players where they get to expose their talent.”

“Most of our players are from the Rewa district team but this year we have some youth players who will also be given equal chances to line up their performance. The only drawback is that we don’t have a quality goalkeeper but I’m confident in my defenders.”

Shah added the side will continue its training from Monday with the guidance of senior players in the team like Hughes brothers Bruce and Setareki, Tevita Waranivalu and Peniame Drova.