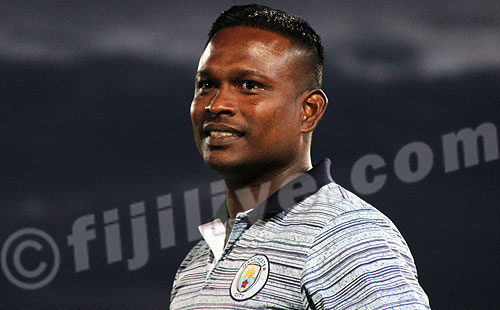 Former national midfielder Ronil Kumar, who guided Ba to win the 2022 Pacific Community Cup over the weekend, is eager to coach the side in the 2023 football season.

Kumar tasted his first-ever victory as  coach with the Men-In-Black after coaching the side to win their first tournament final yesterday after the 2019 Premier League.

The 38-year-old told FijiLive that he is ready to assist the side in the Digicel Premier League and in the major football tournaments next year.

“I want to continue with the Ba team as a coach,” he said.

“It’s up to the management if they want to keep me but I’m ready to assist and help the side.”

“Ba is a really good team and it’s always amazing to coach them.”

“I haven’t been coaching them but stepped in as an assistant in the last few rounds of the league and this tournament.”

“Ba has a good set of players but they just need to be trained well. They know football and play better football. Game by game they are improving so it’s all on the officials.”

“I have told them that I want to continue but let’s see what the officials’ decision is,” he added.

Kumar made his debut in the national team in 2007 at the South Pacific Games and played in the 2010 FIFA World Cup qualification tournament in South Africa.