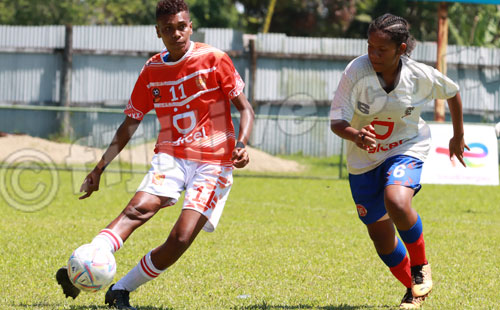 The Rewa women’s football team is looking at more development and exposure after bowing out of the semi-final of the 2022 Inter District Championship (IDC) in Nadi last week.

Coach Roderick Singh says development is key for his young brigade after their impressive performance this season.

“We made mistakes and we learned from that at the same time.”

“It’s a two-way thing and not a way meaning we need more development in Rewa women’s football and that starts from the grassroots level.”

“Reaching the semi-final with this young team is not easy because most of our players, it was their first time to play district football yet they gave in their best.”

“I’m proud of this team and the hard work they put in but I think more training is a must and that’s how we can develop football.”

“We’ll go back and assess our performance and also map out new strategies for the next year because training doesn’t end now. I think fitness was a contradictory factor for us because we did not have grounds to train and the facilities but I’m thankful that the Rewa men’s team helped these players out.”

“We have started planning for next season because we’ll have 8 teams and we know the competition will be tough so preparation starts now,” he explained.