Krishna among foreign legends in India 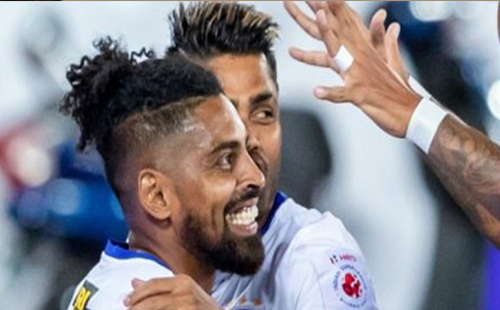 Fijian captain Roy Krishna is amongst foreign players that have graced Indian Football over the years and made a real impact to the developing sport in the nation.

The inherent worldliness of football, its great tradition of free movement of players from one country to another, has also been apparent in Indian football and local media have picked the best five foreigners who have made outstanding contributions.

Krishna made his Indian Super League bow for ATK in 2019 scoring 15 goals in 21 games.

He continued to make his mark on Indian football when he signed up for ATK Mohun Bagan (ATK’s new iteration).

The Fiji forward is currently with Bengaluru FC and continues to be a threat in front of goal.

The other player is Iranian Jamshed Nassiri, he was among the notable foreign imports in Indian football history.

A forward who represented Iran in the 1977 Fifa World Youth Championship, he made his debut for East Bengal in the Federation Cup final in 1980. The 63-year-old is an Indian citizen and his son Kiyan Nassiri plays for ATK Mohun Bagan in the ISL.

Nigeria’s Chima Okorie, who came to India as a student in 1987 and Mohammedan Sporting recruited his services from Chandigarh Football Club.

Another Nigerian who has made a name for himself in Indian football is Bartholomew Ogbeche. He played for Hyderabad FC, Mumbai City FC, NorthEast United FC and Kerala Blasters in the ISL.

Ahmed Jahouh from Morocco has been delivering time after time in the Indian Super League (ISL) playing for Mumbai City FC’s.

AG acted without any legal autho...