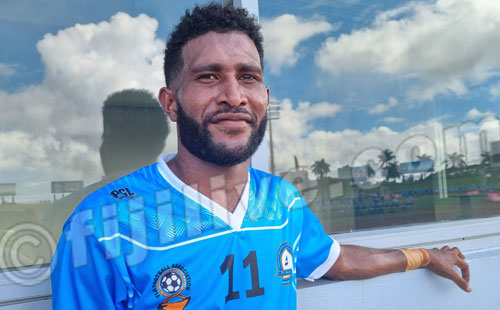 Tailevu Naitasiri central midfielder Martin Nasova says the National Club Championship will be a restart button for him building towards the 2023 football season.

Nasova, who features for Mega FC in the NCC said Naitasiri faced many challenges this year but their Digicel Premier League survival is a boost entering the new year.

“NCC is the first tournament in 2023 and it’ll be a restart to the new season.”

“Next year will not be anything like a walk in the park because we have experienced a very tough league season this year.”

“We are not expecting anything less and for me; I want to make a positive start next year.”

“It was a tough year for me and the team, we missed out playing the BOG and we played in the Premier division IDC so those things should not deter us from putting on a strong performance next year.”

“Our biggest victory was maintaining strong points in the league and remaining in the Premier Division. That’s the motivation the team is taking as we go into a new season.”

“With Tavua in the DPL, things are going to go hard because they were tough rivals back when we were in the senior division,” he added.