Fiji U16 warm up against Kasavu FC 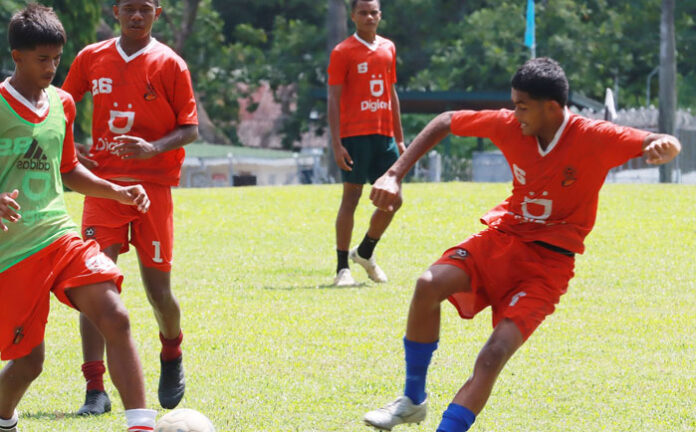 Fiji Under 16 will play a warm-up match against Rewa’s Kasavu FC tomorrow ahead of their campaign at the OFC Under 17 Championship next week.

Head Coach Sunil Kumar said the warm-up match is important for the Baby Bula Boys before they meet Samoa next Wednesday at the HFC Bank Stadium in Suva.

“The warm-up match is trial and test the boys and see their playing style and how they apply the strategies that we have been practising in camp.”

“The aim is to qualify for the FIFA Under 17 world cup but our target is to win each game at a time. The players are really focused on the OFC and they are also excited for the warm-up match.”

He also mentioned that the initial plan was to play warm-up matches against Vanuatu in December and early this week.

“We had talks with Vanuatu to play some warm-up games before the OFC but due to their flight issues and their late response we had to choose a local team.”

“Kasavu was one of the most active club teams and that’s why we decided to have a match against them. We have nine days to our first game but I feel that this warm-up match will give us a lot of ideas on our strengths and our weaknesses.”

The warm-up match between Fiji Under 16 and Kasavu FC will kick off at 7.30 pm at the Uprising Sports Centre in Pacific Harbour tomorrow.