We have a strong team culture: Swamy 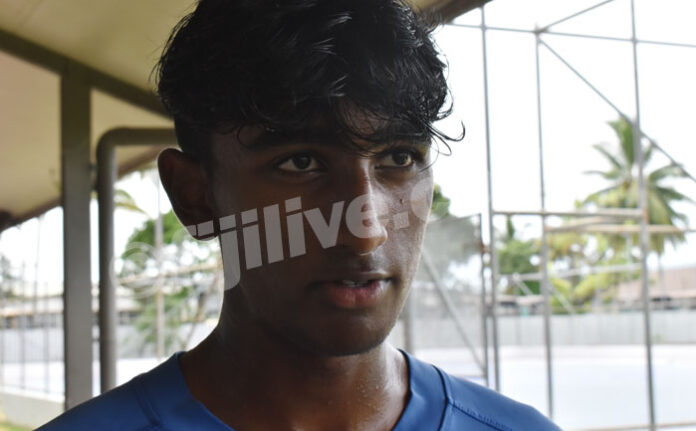 New Zealand based Fiji U17 midfielder Richard Swamy says strong bonding with teammates has enabled him to quickly adapt and adjust to the team environment and culture.

The 16-year-old Auckland resident said the local players have been very kind and supportive and he does not miss home at all.

“I have never been part of a team like this,” he told FijiLive.

“The boys here know what team bonding and brotherhood are.”

“Back in New Zealand we don’t see such a type of culture in a team but this team is very unique and we are all united by a bond.”

“At first when I got into the team, I felt culture shock. I did not have any idea about this team and I was kind of scared. I felt a little nervous about how the boys will consider me.”

“But the thing was totally different when I first met the boys. They were very welcoming. They didn’t treat the overseas players like me differently.”

“We joke around, we get into serious moments but we stick together. The culture is very strong and it connects us together. We have a lot of togetherness in the team and I think it’s an excellent thing because it keeps us focused as a team for the big task which is the OFC.”

The Auckland City FC under-17 star revealed how he made the cut into the Fiji team in just one trial in New Zealand.

“We had trials in New Zealand and from there; Timo saw us play and selected us to come to Fiji for training.”

“My parents are from Fiji so it makes me eligible to play for Fiji.”

“At the trials, I made goals against the B team and I thought it was like a trial for a friendly match but my coaches told me that I have been selected to represent my motherland.”

“I was shocked. I told my parents and they pushed me to take up the opportunity. It’s a challenge to be away from home but great things take time and I’m ready to encounter any difficulties that come my way.”

“When I arrived in Fiji, I thought there would be another trial but we just went camping and met the other players and that’s where our training began.”

Swamy said he is confident to help Fiji win the OFC Under 17 Championship and play in the World Cup in Peru later this year.

“I feel I’m ready. I’m confident that Fiji can win this.”

“We are confident to give our best. Our aim is to play in the World Cup and for that, I’m ready to give my best. The atmosphere in the team is really positive and players are concentrating on the first match.”

“I don’t know about Samoa but we’ve heard a lot about them. We want to stage a good performance and our aim is to enjoy ourselves while playing. Play our hearts out and don’t give away any chance,” he said.