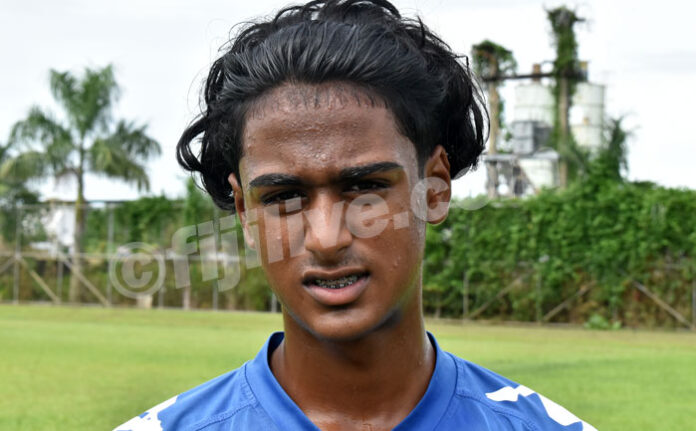 Sydney-based 15-year-old striker Ibrahim Afzal says his two cousins who recently helped Fiji qualify for the FIFA U20 World Cup have fueled his passion and burning desire to represent the country at the upcoming OFC U17 Championship in Suva.

Afzal’s Sydney based cousins Abdullah Aiyas and Mustafa Mohammed played a big part in Fiji U19s World Cup qualification in Tahiti last year, and this inspired the youngster to follow in pursuit.

Speaking to FijiLive, Afzal who made the cut into Fiji Under 17 squad in November last year said he looks up to his cousins as they all grew up playing together.

“All my cousins play soccer and they always told me that I should try and when I did, it was tough for me. They kept pushing me and used to take me to the football pitches.”

“After some training with them, I realised that I had good speed and they advised me to play striker. I felt that when I run, I have a strong breath that keeps me going.”

“When my cousins got selected for the Fiji team, they told me to keep believing in myself and continue playing football. Their qualification to the World Cup really motivated me and since then I got determined that I also want to play for Fiji because my parents are from Sigatoka.”

“They are like a role model to me and they always give me tips to be a good footballer. When I got selected at the trials, everyone told me to do my best and just play a good striker. I scored a few goals and was told to join the camp in Fiji.”

Staying miles away from your family could always be tough but for the Apia Leichhardt club forward, it’s one of the motivations he’s taking on the field.

“My family is in Australia and some in Fiji. I thought it would be tough for me and it was but that gives me courage because I’m playing for them and I want to make them proud.”

“My dad’s been working hard to provide for me and that’s something I take with me. My aim is to make him proud through football because he’s been very supportive even when I was asked to camp in Fiji, he just allowed me.”

“My mum got emotional but we keep in touch daily and also with my cousins. It would not have been possible without their support. At first I found it tough to adapt to the weather and the style here but later, after camping with the boys for one week, I realised things are falling in the right order.”

Afzal added that he continues to improve his finishing before their match against an unpredictable Samoa.

“I watched all Fiji’s OFC matches and I saw how the Fiji team players were playing.”

“Sometimes I would try their skills even though at times I failed, I’d still try just to keep learning and growing football knowledge.”

“We played a few warm-up matches and I think I still have to score good goals. I missed scoring goals so that’s a big part that I have to work on. I’m fast but I miss chances. Without finishing there’s no winner and I hope to work things at that part.”

Fiji will take on Samoa at 7pm at the HFC Bank Stadium in Suva next Thursday.