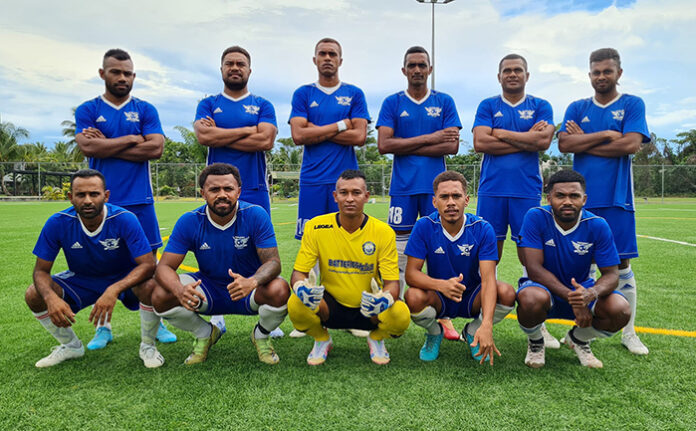 Reigning champions, Rewa’s Kasavu FC will open their campaign in the Digicel National Club Championship final playoff against United Sangam FC of Lautoka at 3pm on Thursday at Lawaqa Park in Sigatoka.

Host club Greenstar FC of Nadroga  will take on Police FC of Ba at 5pm in the second match of the day.

On Friday at 3pm, Police FC will battle Mega FC of Tailevu Naitasiri while Kasavu FC and Suva’s Central Meads FC will take the field at 5pm.

On Saturday at 3pm, Greenstar FC will take on Mega FC while United Sangam and Central Meads will wrap up group stage playoff at 5pm.

The top teams from each Group will feature in the final on Sunday at 2pm.

Tailevu Naitasiri holds Lami to a ...

Tailevu Naitasiri came from behind to hold 2021 runners up at Lami ...

Man charged for alleged murder a...