Messi’s legacy is on the line 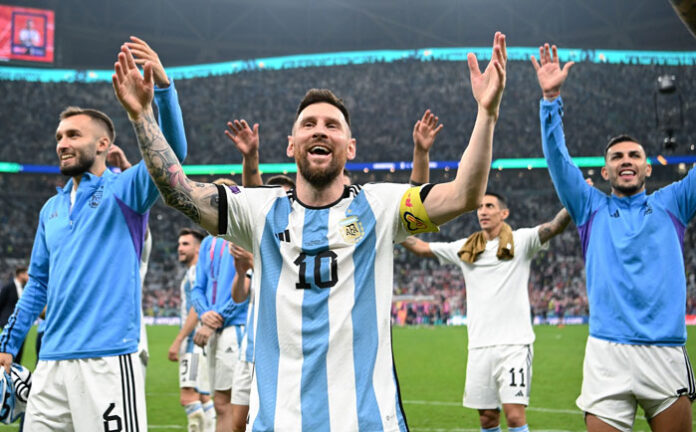 The prophecy of Lionel Messi lifting the one silverware that would separate him from many of football’s other all-time greats is one win away.

He’ll have that chance in what’s likely his final game on the sports’ biggest stage tomorrow.

Defending champions France has the chance to become the first back-to-back World Cup champions since Brazil in 1958 and 1962.

After all the parity in Qatar, both finalists did lose a game in the group stage, but two predictable championship contenders have made it to the final step.

The clash tomorrow will be a rematch from the 2018 World Cup quarterfinals.

France was the last team to eliminate Messi from the World Cup when the French had a 4-3 comeback win in Russia while the Argentines were in the 2014 World Cup Final, the last tournament to take place in South America, and lost to Germany in extra time.

With all the talk of this being Messi’s time, and he’s shown how amazing he still can be in this tournament, it’s odd to say the defending champions have flown under the radar.

France fought off early adversity against Australia to win its opener 4-1. That game might have a lasting memory of the group stage’s most important contests.

Not only did it inspire the Aussies to win two straight and advance to the knockout stage over tournament dark horse Denmark, but the unusual trend of France either being spectacular or a tremendous disappointment at a World Cup evaporated.

And let’s not pretend like France’s loss to Tunisia mattered way less than Argentina’s shocking loss to Saudi Arabia.

Maybe it made Messi and friends desperate from the jump. But they still lost on the global stage to the second-lowest-ranked team according to FIFA in Qatar.

And on the list of soccer’s GOATs, Kylian Mbappé is well on his way to joining that exclusive group.

The youngster already has a World Cup title, announcing himself on the world stage four years ago as more than just a wunderkind, but the guy to take Messi’s mantle.

Mbappé being a two-time World Cup champion on the eve of his 24th birthday would put him in a rare position of being so decorated and young.

That scenario would obviously deny Messi that elusive world title.

Tomorrow’s contest will be integral to both of their legacies but the final is all about Argentina’s No. 10 and whether he wins a World Cup or will retire without one in his trophy case.

The chances of him playing poorly directly correlates with France’s chances to win.

The mouthwatering final will kick off at 3am (Fiji Time).