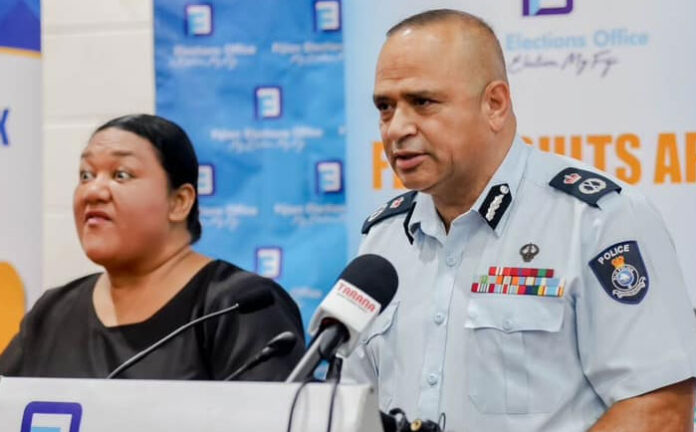 Police Commissioner Brigadier-General Sitiveni Qiliho is warning members of the public not to get involved in any mass gathering without a permit, as they will also be investigated.

His call comes after two members of the We Unite Fiji Party allegedly called for a mass gathering to protest the 2022 General Elections process at the Vodafone arena.

The first suspect, Dr Jone Hawea, went live on Facebook this evening calling on people to gather in mass numbers at the Vodafone Arena to protest the 2022 election counting process.

The second suspect, Abel Camillo, had also called on people to gather in numbers at the same venue in protest of the election process.

Both are currently being investigated.

FICAC phasing out will take time...