SODELPA could be the ‘deciding factor’ 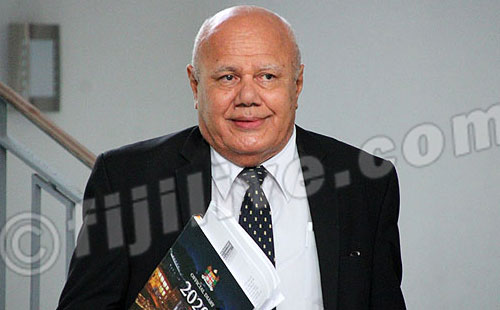 The Social Democratic Liberal Party (SODELPA) could well decide who forms the next Government as final set of results of the 2022 General Election come out today.

Currently, FijiFirst Party (192,746 votes), People’s Alliance (162,711 votes), National Federation Party (40,204 votes) and SODELPA (23,614 votes) are the parties that have secured seats in new Parliament, but based on projections, no party will be able to form Government on its own as they need to secure 28 seats.

People’s Alliance and NFP already are in a coalition and would turn to SODELPA for support in forming the next Government, while FijiFirst Party would also negotiate with the Viliame Gavoka led party for support in consolidating its third term in office.

It is understood that in anticipation of negotiations with the two top parties, the SODELPA management board has set up a team.

The Ministry of Health has recorded 12 new cases of COVID-19. Th...