Fijiana ousted by USA in quarters 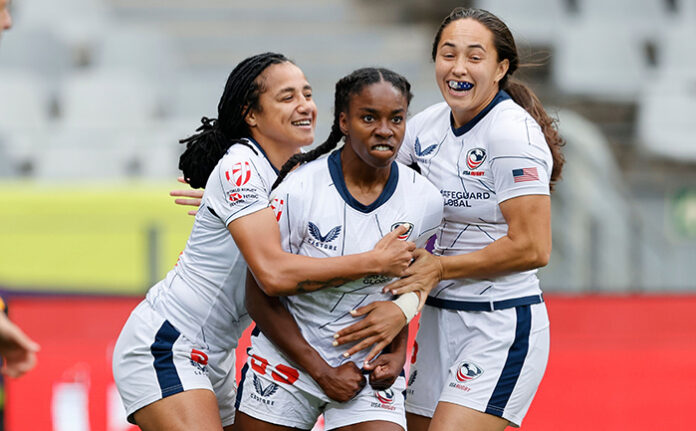 The Fijiana 7s team bowed out of the Cape Town 7s quarterfinals this morning after going down narrowly 10-7 to the United States of America.

A second half push by the Americans saw them overcome the Olympic Games bronze medalists.

USA led from the get go, playing a strong containing game to keep the Fijiana on the defensive.

A lone try from Ilona Maher on the stroke of the buzzer had them lead at the interval.

The Fijiana took the lead at the restart with a try to Ana Maria Naimasi, which was converted by Lavena Cavuru in the ninth minute.

A tussle ensued soon after of which at the end the Americans would gain the upper hand over their fatiguing opponents.

Sammy Sullivan would score their second try in the eleventh minute to grant them the win and a semi-final berth.

The Fijiana will face Great Britain in the 5th to 8th place semifinal tonight at 8.06pm.

Rova in Crusaders squad for Farm...