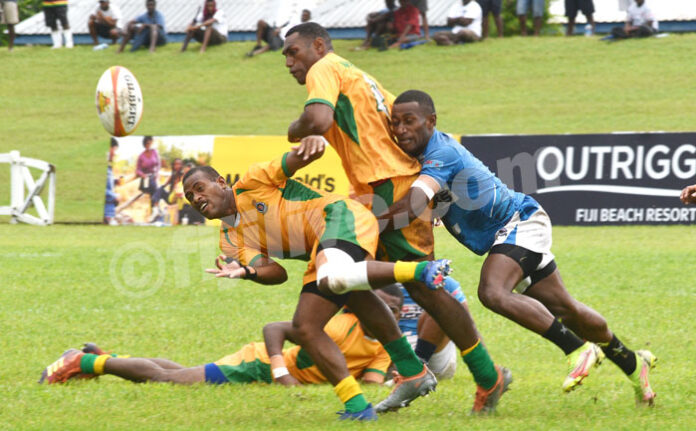 Defending champion Police has cemented its spot in the Cup quarterfinals after beating Wardens 12-5 in the last Pool A match of the McDonald’s Coral Coast 7s at Lawaqa Park in Sigatoka today.

Police was in a must win situation in this fixture to eliminate Yamacia and progress further with Wardens.

The lawmen were first to go on the scoreboard with a converted try from Petero Kelevanua in the second minute.

In their attempt to break the Police defence, Wardens were reduced to 6 players after former national captain Tevita Daugunu was flashed a yellow card for a dangerous tackle.

Police took advantage of the 6-men situation and it was former Fiji 7s playmaker Livai Ikanikoda who scored the side’s second try, avoiding some big tackles on his way to the try-line.

Wardens came out firing in the second spell with a try from forward super sub Basilio Nukumate but it was just not enough to spoil the spirit of the more composed and determined Police players as they clung onto the lead till the final hooter.