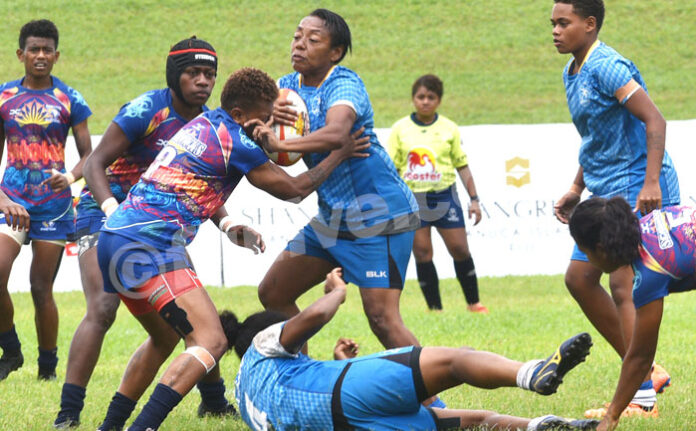 Defending champs Seahawks thrashed Savusavu 32-0 to become the first team to qualify for the Women’s Cup quarterfinals of the McDonald’s Coral Coast 7s at Lawaqa Park in Sigatoka today.

Savusavu winger Akanisi Ratumaivua ran to her breath from the midfield but was denied from scoring by the powerful Seahawks defence.

Seahawks maintained possession and it was speedster Seini Raoma who increased the side’s lead with a try just before the break but her conversion missed as the side led 17-0 at halftime.

Savusavu women came in the second spell under pressure from the Seahawks forwards and made errors in their ball handling.

A ball lost forward by Labasa and Kula Girls Captain Sofi Diyalowai gave away a chance to Seahawks but this time they also lost the ball forward.

The Seahawks rectified their mistake and Luisa Tumailagi bagged a double before Raoma scored the last try to seal the win but conversions remained unsuccessful.