Fiji U20 to face Aflame Bros in final 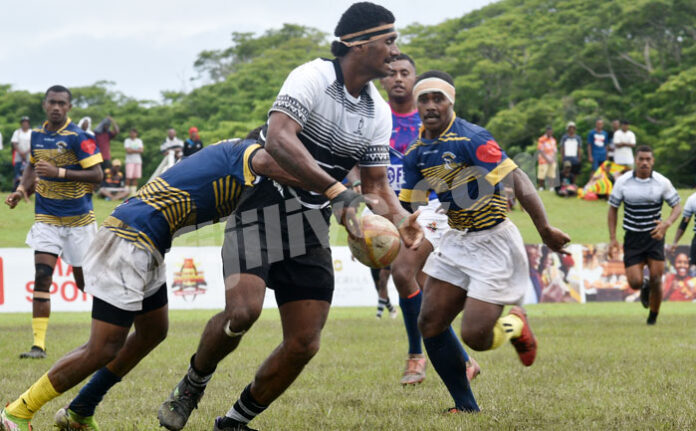 Viliame Satala coached Fiji Under 20 overcame Dominion Brothers 14-10 in the Youth Division semifinals of the Coral Coast 7s at Lawaqa Park in Sigatoka today and will play PSM Aflame Brothers in the final.

In the opening minute, Aisake Peni caught a high kick from Sairusi Masi and raced to the try-line for the first score.

The try was disallowed as Peni’s left foot was in touch before he grounded the ball.

Dominion Brothers winger Benjamin Naivalu bulldozed through the Fiji U20 defence and scored the opening try of the match but the conversion failed.

Fiji U20 responded through speedster Vilikesa Remoremo, who intercepted an infield pass from Dominion and scored while Aisake converted for a narrow 7-5 lead.

Dominion could have taken the lead at half time only if Isimeli Vodo had not lost the ball forward in their set piece play.

An error in the Dominion Brothers defence saw Jovesa Naqarikau score from the kick off by Aisake and he converted to increase the lead to 14-5.

Playmaker Tevita Degei tried to bring Dominion back in the game with a late try towards the end of the match when he caught a timely pass from Sakiusa Kamikmaica but his conversion failed.

Meanwhile, PSM Aflame Brothers registered a 17-15 upset win over the Australian Schoolboys in the second semifinal.

The Youth final will be played at 5.45pm.