Seahawks to face Aust A in Women’s final 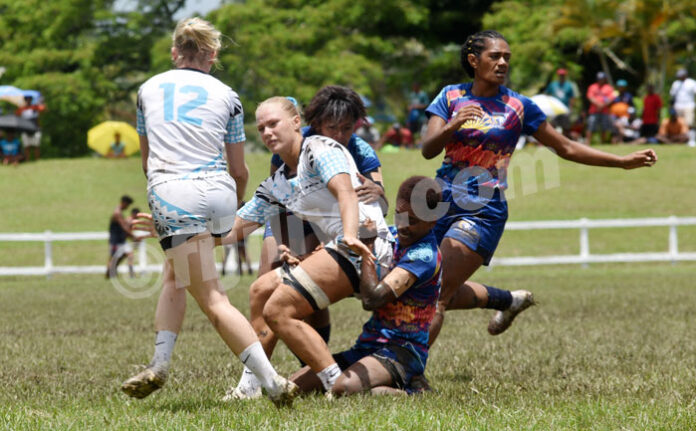 Seahawks thumped Tabu Soro Angels 17-0 and will play Australia A in the women’s final of the Coral Coast 7s at Lawaqa Park in Sigatoka today.

Seahawks made an impressive start with a try from winger Jennifer Rabutia, who scored from a Mere Navue set piece in the opening minute.

Rabutia also converted for a 7-0 lead.

An individual play from Angels’ fly half Roilid Tilde took the side near to the try line but there was no support shown as she was tackled down by Loata Vakasuasua.

A set up pass from experienced Fijiana 7s star Ana Maria Roqica directed Seini Raoma to dive in the corner for the second try but Rabutia failed to convert.

Early in the second half, a try by Seahawks playmaker Luisa Tubailagi was denied by the match officials as the ball had gone out of play before the touchdown.

Fijiana 7s winger Aloesi Nakoci scored the final try after barging over the Angels backline to score but her conversion failed.

Meanwhile, Australia A thrashed Navosa women 26-0 in the second semifinal.