Kumar reflects on Fiji Under 16 journey 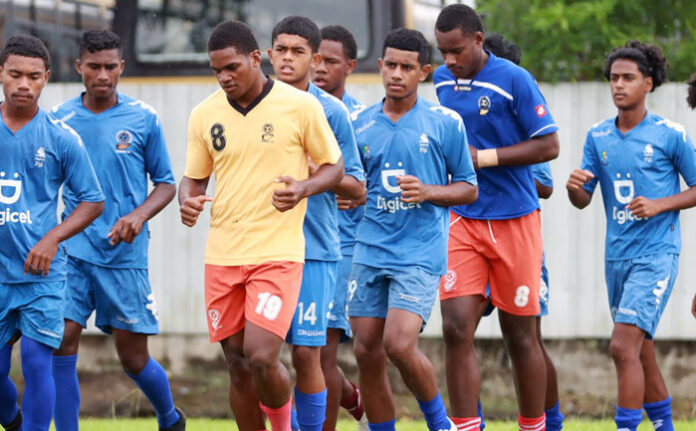 Fiji Under 16 Head Coach Sunil Kumar reflected on the side’s journey leading towards the OFC Under 17 Championship which kicks off in the country next week.

He said the Baby Bula Boys’ journey began in January last year and spoke of the struggles the coaching staff underwent in selecting the players for trials.

Kumar said he is thankful to the youth coaches, teachers, district youth coaches and school coaches for helping him select the best players.

“If you look back to the past two years, there was no football in Fiji, especially the youth football.”

“So we didn’t know which players would make it to the national team. It was in January when we started doing trials all around Fiji.”

“They helped by giving us the names of the players who could be possible candidates for the national team. So we started our journey like that and our technical director Timo was also influential in that.”

“I thank the youth coaches and the school teachers who worked with the boys. Definitely, they came with some mindset and some ideas about football and we just polished some areas here and there.”

He also mentioned that Fiji Football Association Technical Director Timo Jankowski played a huge role and kept moving around the country to train and bring players to camp.

“He was also moving around in Viti Levu and Vanua Levu doing trials. Then we started to filter down talented players so it was in October, then we had a trial of all the selected players around Fiji. We had around 44 players.”

“We also had a few overseas-based players coming for trials and after the trials, we trimmed down the score to a 30-member squad.”

“We couldn’t find any talent which is what we were looking for. We were thinking how we will make a squad. When we had our first trials, we were scratching our heads thinking how we can get a team together.”

“But now, I can say that we managed to get some talented players in the squad and yes, it was hard but as we moved along the players really stepped up. They showed us they want to represent our nation but then the selection, in the end, was really tough.”

“They came from all around Fiji and there were some overseas players. But you know with us Fijians it’s not hard to gel in and make friends. Therefore, for our team here, it was not that difficult to gel in and get the team bonding and the team spirit going.”

Meanwhile, the side will play a warm-up match against Rewa’s Kasavu FC at 7.30pm at the Uprising Sports Centre in Navua today.

Fiji opens its campaign against Samoa at 7pm at the HFC Bank Stadium in Suva next Wednesday.