Wear it with pride, Serritslev tells U17 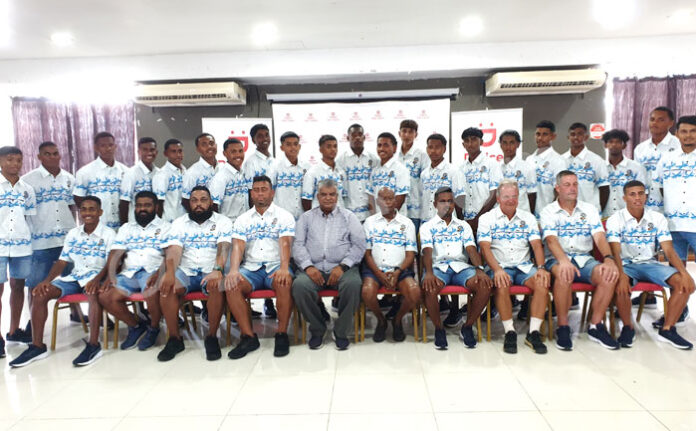 Fiji Football National Coach Flemming Serritslev has challenged the Baby Bula Boys to wear their jersey with pride at this year’s Oceania Football Confederation Under-17 Championship.

Serritslev laid down the gauntlet for the national players, saying they were among a chosen few to represent their country.

“For the players, I hope you understand what a great honour it is for you to wear that white shirt,” Serritslev told the players.

“It is the most you can achieve as a footballer, to represent your country.

“We all have a duty, and that is to represent Fiji as best as possible, and I am 100 percent sure we will do it.”

Serritslev added being one of the minnows, they can draw inspiration from the recent FIFA World Cup where small teams beat some of the biggest football countries.

“Anything can happen in football.”

Fiji begin their campaign against Samoa tomorrow at the HFC Bank Stadium at 7pm.