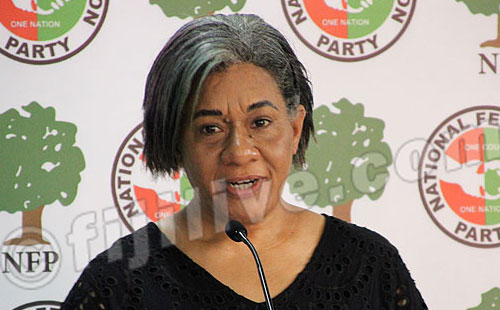 The National Federation Party has written a letter of complaint to the Fijian Elections Office about a fake Facebook account that has been misrepresenting the Party’s candidate Divina Loloma.

There has been an uproar on social media with regards to the People’s Transgender Alliance account making statements on the issue of same-sex marriage, transgender rights and all sorts of inference and is claiming that the profile belongs to Loloma.

NFP General Secretary Seni Nabou said the page is fake, and they have written to the Supervisor of Elections Mohammed Saneem but are yet to hear from him.

Nabou said the candidate is aware of the Party’s mandate, which is to look after the interest of all Fijians and not just a certain group of people.

She claims the FEO has been too relaxed about their response to the complaint.

“It doubles the concern, because they (Fijian Elections Office) are very quick to take down other pages that run anti-government news, but on this one, multiple people have reported the fake Facebook Page and nothing has happened.”

“This is concerning, especially when you’re targeting one candidate and trying to denigrate that person or individual who has every right to stand for elections,” Nabou added.

FijiLive has reached out to the Fijian Elections Office for comments.