Pre-polling begins around the country 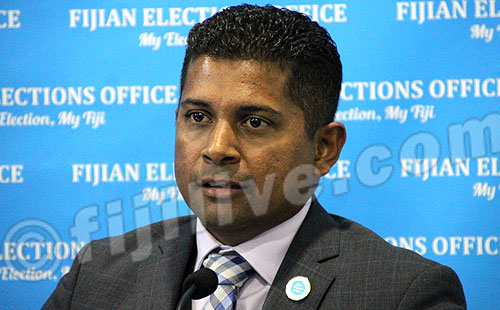 Pre-poll voting for the 2022 General Election started at 8am today and 77,907 voters are listed to vote at 613 pre-polling venues in different areas across the country till Friday.

Supervisor of Elections Mohammed Saneem said there has been an increase in the pre-polling venues for Police Officers, the officers in the Republic of Fiji Military Forces and various remote places as well.

Last week, Saneem said as schools will be used for polling venues and exams are in progress, the Fijian Elections Office team will be using their tents on school grounds to avoid any disruptions.

“The Fijian Elections Office team for pre-poll voting has already been deployed, while the last team left last night for Kadavu,” he added.