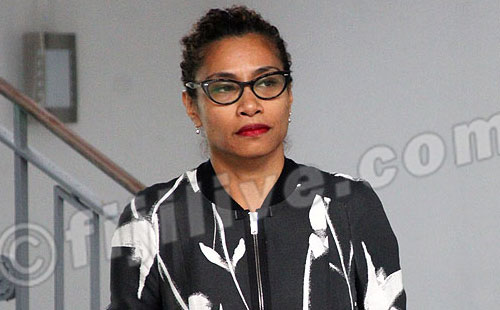 She is appealing to women, first time voters and youths to vote the FijiFirst Government out in the upcoming General Election.

Tabuya made this call during a joint NFP/People’s Alliance rally hosted by the Fiji Trade Unions Congress in Suva last week.

“You know who the more affected one in the garment industry is and in the informal settlement, it is the women, we are the most affected ones.”

“We try to keep food on the table, send our children to schools, pay for the utilities and $4 isn’t enough anymore in order to sustain our families.”

“This is how this Government have chosen to look after us,” she claimed.

Tabuya also claimed the disenfranchisement of women voters in Kadavu.

She said that she was in Kadavu the previous week and she overheard women in the village say ‘You know what, it is best I just don’t vote’.

“You see what this Government has done, disenfranchising women voters.”

“I am calling on all women voters of this country, you are the majority and come 14 December, get out there and vote them out,” Tabuya added.

The Interpretation Amendment Bill amends the Act to require those who are authorised or required by any written law to provide their name, to only provide their name as it appears on their birth certificate. This requirement extends to any form of identification provided by a person where such form of identification must state the name as it appears on the person’s birth certificate.

It also requires any agency or approving authority of any kind which receives applications or submissions to only accept the name of an applicant if the name is as it appears on the applicant’s birth certificate.

There is a transitional period where these provisions will ensure that certificates, licences, permits, deeds and other documents which refer to names of people that are different from the names on their birth certificates, continue in existence if they do not have an expiration date.

On the other hand, if such documents have an expiration date, then any renewal or new documents issued would have to refer to their names as specified on their birth certificates.