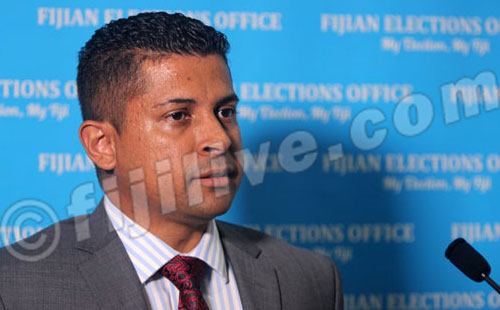 The Fijian Elections Office says it has had to make amendments to its pre-polling schedules at some venues across the country.

Supervisor of Elections, Mohammed Saneem says this was done to meet the need of voters and in some cases, their safety.

He said FEO staffs were unable to reach a pre-poll venue in Vanua Levu due to a flooded river and will have to wait until the water subsides to cross the bridge.

He also said that in another case, schedules were moved to accommodate students, who are sitting their external examinations.

“Any changes made to pre-poll schedules are updated to the general public as well as political party registered officers.”

Meanwhile, 14,957 Fijians will vote today at 116 pre-poll venues across the country.

Tomorrow is the final day of pre-poll voting.