No to same sex marriage: NFP 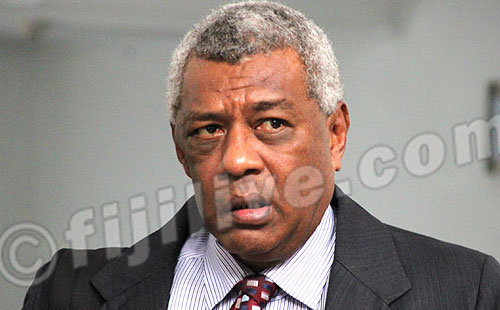 NFP President, Pio Tikoduadua said they are making it absolutely clear that the NFP has not, is not and will never support same-sex marriage. He said it is unlawful.

Tikoduadua said this is yet another example of despicable character assassination and political immorality from the puppets of the ruling FijiFirst Party that is clutching at straws while drowning in its cesspool of lies and deceit.

“The NFP did not select Divina as their candidate because of her gender.”

“We selected her because she is an outstanding Fijian citizen who campaigns for vulnerable people and for economic opportunities for young people.”

Tikoduadua said Loloma believes in the human rights of all of Fiji’s people, and that is what the NFP believes in.

“Some media have sensationalized attacks on Divina from extremist candidates from minor parties, and now the fake accounts are trying to claim that this means that NFP advocates same-sex marriage.”

“It is useless to remind FijiFirst and some media to stick to the truth and talk about issues like how to reduce the cost of living, fix the state of our hospitals and public health system, ensure consistent supply of water in our taps, ensure the quality of our education system or apply the brakes to our ballooning debt,” he added.

Gollings gives the nod for Nawak...