Rise above the politics: SODELPA 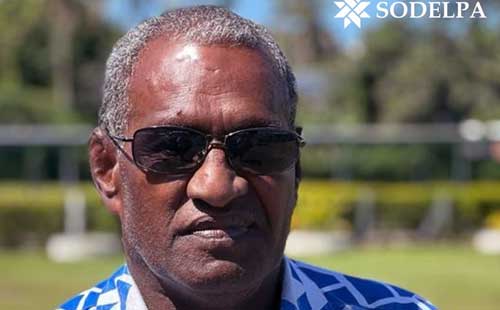 The Social Democratic Liberal Party has asked for Fijians to rise above the narrow political perspectives to the reality of indigenous social way of life.

SODELPA has unequivocally emphasised the importance of i-Taukei customs, traditional norms and chiefly etiquette as displayed by the Party President, na Turaga na iTaukei Waimaro, at the recent visit of the Fiji First Party Leader, Voreqe Bainimarama to his village in Serea, Naitasiri.

Party President, Ratu Manoa Roragaca said SODELPA recognizes the traditional and historic relationships that exist in i-Taukei society and calls on our people to rise above narrow political perspectives and isolated stereotypes that do not do justice to the reality of the indigenous social way of life.

Ratu Manoa said it is not always about politics.

“In this occasion, the customary allegiance, and traditional links between Bau and Waimaro who are their traditional warriors and key allies in the Vanua of Kubuna were on show. It had nothing to do with the SODELPA presidents’ political affiliation.”

“Even if Rabuka visited my village and offered me a t-shirt, I will wear it in honor of the traditional ties between Cakaudrove and Waimaro.”

However, the Turaga na i-Taukei Waimaro, Ratu Manoa Roragaca said that wearing a t-shirt doesn’t make him a FijiFirst supporter and asserts that he remains steadfast in his position as SODELPA president.

Ratu Manoa continues to remain the Fijian people to not allow such mischievous and misleading reports to affect their loyalty to the party.

SODELPA highlights that by hosting the Prime Minister, Ratu Manoa shows confidence as a chief and had sent him the message that his assertion that chiefs are no longer relevant and Mr Rabuka’s statement to abolish the chiefly system are misguided.

SODELPA said the i-Taukei chiefly system and our chiefs are still relevant and will remain so for as long as the i-Taukei people exist.

Ratu Manoa said they are very disappointed that the media is not questioning the free giveaways, including the gifting of free t-shirts that the Fiji First Party has been engaged in throughout their campaign.

SODELPA is also deeply concerned with some media organisation’s lack of journalistic acumen and ethics and their blatant show of irresponsible behavior, in forming an opinion and reporting without attempting to interview Ratu Manoa.

The SODELPA government will strengthen journalistic standards so that the public is provided with balanced and factual news at all times.