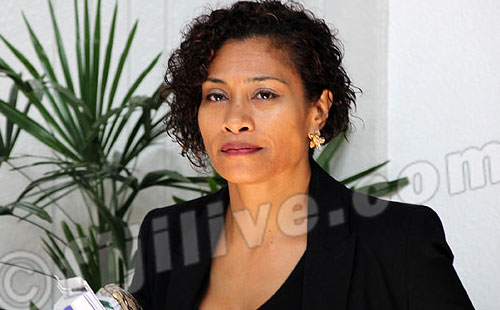 The Social Democratic Liberal Party has lashed out at the People’s Alliance, labeling its leadership team as untrustworthy and unreliable.

General-Secretary, Lenaitasi Duru in a Facebook post while responding to Deputy Leader of the People’s Alliance, Lynda Tabuya’s statement that SODELPA was like a haunted horse in a horror movie,  said these are the same things they were doing before leaving SODELPA.

Duru said this proved that snakes do not change into doves.

“Instead of owning their incompetence and ignorance of the Electoral Act, they attack me for pointing it out,” Duru said.

In the i-Taukei langange, Duru said not to vote for the People’s Alliance as they are the same as the FijiFirst Party, lawbreakers.

“Vote for the SODELPA reps standing for your community for better representation in Parliament. You deserve the best,” Duru claimed.

Tabuya labeled SODELPA as the haunted house in a horror movie last week after SODELPA decided to lodge a complaint against the People’s Alliance.

Tabuya claimed this was a deliberate attempt by SODELPA to get them deregistered.

“If they sound like a snake and moved like a snake, then people don’t need to wait for them to bite to realize it’s a snake.

“Signs have shown that SODELPA was working with FijiFirst when the former MP Tupou Draunidalo started attacking Sitiveni Rabuka, even when he was the leader for SODELPA.”

“Also, former SODELPA MP, Mosese Bulitavu attacked Rabuka on Facebook when he was still a member of SODELPA, and then recently when the President of SODELPA, Ratu Manoa Roragaca wore the T-shirt with the number of the FijiFirst Leader, Voreqe Bainimarama on it at the FFP campaign meeting,” she said.

Tabuya said that the bottom line was this, that a vote for SODELPA is a vote for the son-in-law and the FijiFirst.