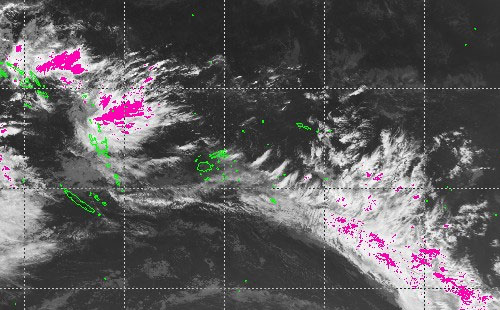 A heavy rain warning remains in force for Viti Levu, Yasawa, Mamanuca Group, Kadavu and nearby smaller islands and the Lau and Lomaiviti groups.

And a heavy rain alert remains in force for the rest of the Fiji group.

The Fiji Meteorological Service says a trough of low pressure remains slow moving over Fiji and associated cloud and rain is expected to affect the group till later today with occasional rain, heavy at times, and a few thunderstorms.

Flash flooding of low-lying areas, localised flooding of irish crossings and informal settlements and some disruption to traffic flow and poor visibility is also expected.