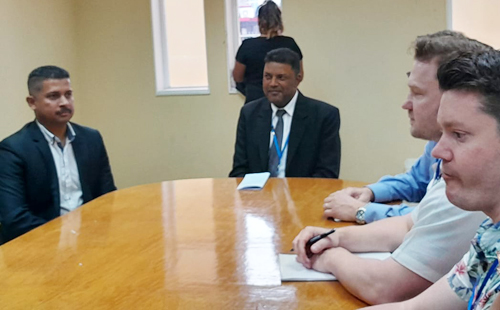 The Multinational Observers Group says it has not found any irregularities in the electoral steps observed or significant issues that would prevent registered voters from casting their ballots during pre-polling, through postal voting or on Election Day.

In a Pre-Election Day Statement, the Group says it has observed the Fijian Elections Office to be a professional organization that is well-prepared to deliver a successful 2022 General Election.

It said it has observed all key electoral steps to date and evaluated the FEO’s functions, operations and preparations.

“We have been provided with full access to observe the voter registrations process, establishment of the National Register of Voters, polling staff training, voter awareness and education, candidate nominations (including appeals and objections), candidate draw, printing and storage of ballots and pre-poll voting.”

“The MOG team met with a vast array of stakeholders, such as political parties, civil society, religious groups and all relevant Fijian government institutions.”

The Multi Observer Group said no significant irregularities were observed at the 115 pre-polling venues visited by observers from 5 December.