Singh happy to be part of democratic process 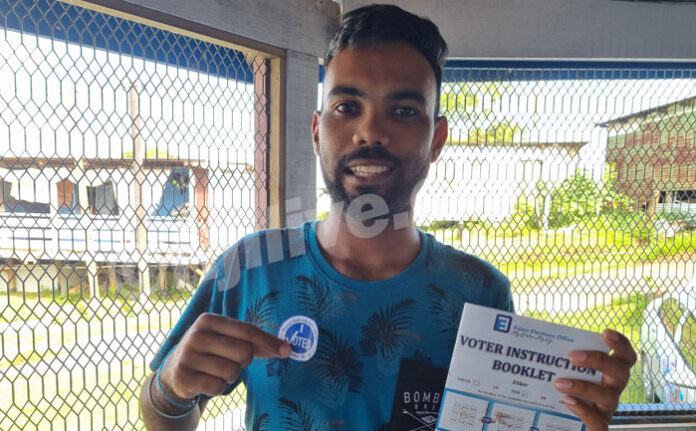 Second-time voter Kuljeet Singh expressed his excitement after casting his ballot in the 2022 General Election in Suva today.

Singh said as a youth, his decision to vote was absolutely right and it is also crucial for young people like him to vote in order to be part of Fiji’s democratic process.

“I voted in the 2018 election and told myself that I have to vote again this election.”

“I’m a youth so Fiji’s democratic process is important to me and that’s why I put in my vote.”

“During the campaign period last month, I felt empowered to play a vital role in the development of knowledge on human rights in our country.”

“As a youth, I want to see Fiji grow and that’s another reason why I voted. The voting process was easy and the election officials were helpful at the same time.”

“My message to the youths is to come and vote and make the right decision. We are the future and we need to vote,” he added.