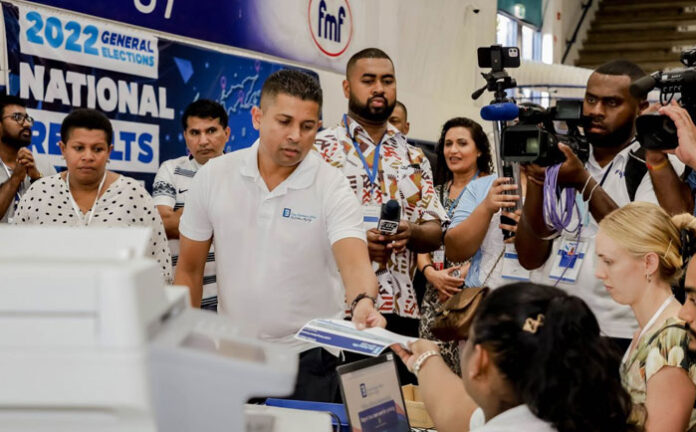 The first set of final results for the 2022 General Election is out and the People’s Alliance is currently leading.

Counting of 28 out of the 2071polling stations have been completed.

FijiFirst is second with with 257 votes, the Social Democratic Liberal Party has 104 votes and Unity Fiji has 67 votes.

The National Federation Party so far gained 39 votes while We Unite Fiji Party (12), Fiji Labour Party has (10), New Generation Party (4) votes and All People’s Party (4 ) all have less than 20 votes and independent candidate Rajesh Sharma has 4 votes to his name.

In terms of candidate votes, Rabuka is currently leading with 181 votes and FijiFirst Leader Voreqe Bainimarama is second with 174 votes.

Stay with us as we will update the latest results as they are released.

Bulitavu moved to CID for questi...