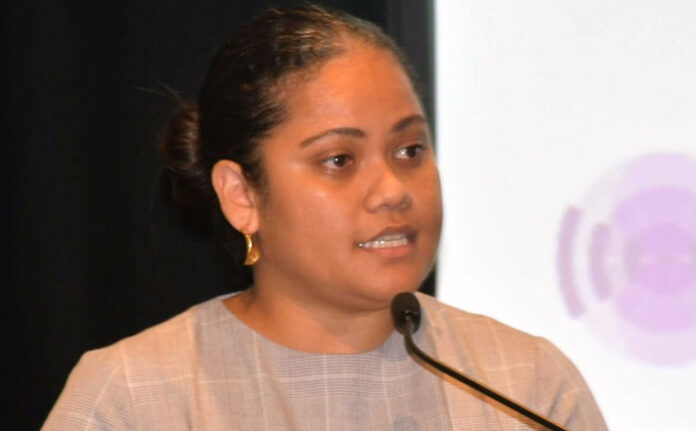 Over the last 14 years, the Fijian Government has implemented fiscal, legal, regulatory and policy reforms for the holistic development of the ICT sector and made significant investments in its expansion for the benefit of all Fijians.

Baravilala said people are acutely aware of how effective, equitable and efficient spectrum management, allocation and utilisation — has enabled this digital world that we live in, today – reshaping how we interact, work and live, and creating new opportunities.

“This scarce resource – -coupled with resilient infrastructure — is the lifeforce of digital transformation which drives socio-economic development for our people and long-term prosperity.”

“We cannot talk about sustainability without speaking about the fact that we are at the coal face of climate change which is the greatest challenge of our generation.”

“The increased scale and prevalence of natural disasters for our region also raises the priority of the frequency allocation for emergency communications and ensuring that proper regulatory and technical frameworks are established to assist member countries in times of emergencies and natural disasters.”

“We are raising the importance of ensuring climate-resilient infrastructure and the need for investment in more efficient technologies by the private sector.”

She highlighted that in 2008, the Fijian Government executed a deed of settlement with the service providers (at that time) Vodafone, FINTEL, and TFL to remove exclusivity in exchange for open licences in the provision of telecommunication services.

“This deregulated our telecommunications sector and allowed new telecommunication companies to enter the market such as Digicel Fiji Limited. This deed of settlement is known as the Radisson Accord.”

“There was also a new Telecommunications Act 2008 which provided a regulatory framework with broad objectives – (1) provide rapid expansion of reliable and as affordable as possible telecommunications services on an equitable basis, with an emphasis in rural areas;(2) to promote efficient investment and innovation in telecommunications networks and services; (3) to provide fair competition among service providers and allowing market forces to operate.”

In 2009, Fiji commenced the Regulation of National Spectrum Act which allocated spectrum, band, frequencies or microwave links on a fair, non-discriminatory, economically efficient basis and which enhances competition in the market and takes into consideration the public interest and the national interest of Fiji.

“It is also underpinned by the principle of technology neutrality. We also introduced a fair and transparent process of allocating spectrum through a tender bidding process which allowed an open and level playing field for all.”

“Our up to 4G+ mobile networks and microwave links have outreach across our nearly 110 populated islands. Our data prices plummeted by as much as 98%, making our data plans the cheapest in the region and one of the top four cheapest data plans globally.  We have 100% digital television connectivity nationwide through terrestrial and satellite means.”

“Our access to the Southern Cross Cable fiber optic network provides fast, direct, resilient and secure connectivity and we’ve made investments to improve its speed, through the Southern Cross NEXT cable network. We also commissioned a submarine cable project that has increased connectivity speeds on Vanua Levu (Fiji’s second major island) by fifty times, from two gigabits to 100 gigabits per second across the island. Also, as a result of regulatory reforms, we saw a decrease in cable landing fees being paid by service providers from $4,000 per Gb VEP per month to $640 VIP per service per month.”