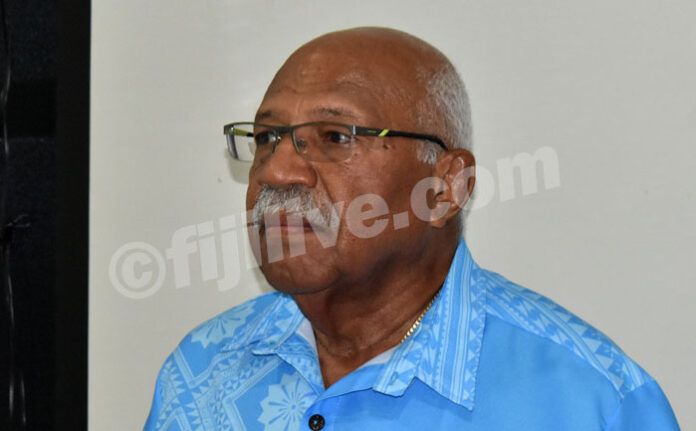 ‘Normal police work, not arrested and no charges,’ this was the comment made by the People’s Alliance Party leader Sitiveni Rabuka after he and party general secretary Sakiasi Ditoka were questioned and released by the Criminal Investigations Department (CID) late last night at their headquarters at Suva Street last night.

Rabuka said it was normal Police work and that he has not been arrested and does not fear anyone.

Both Rabuka and Ditoka had been taken for questioning over the letter he sent to the Supervisor of Election, copying the Commander of RFMF Major General Jone Kalouniwai and also the President of Fiji Ratu Wiliame Katonivere yesterday afternoon.