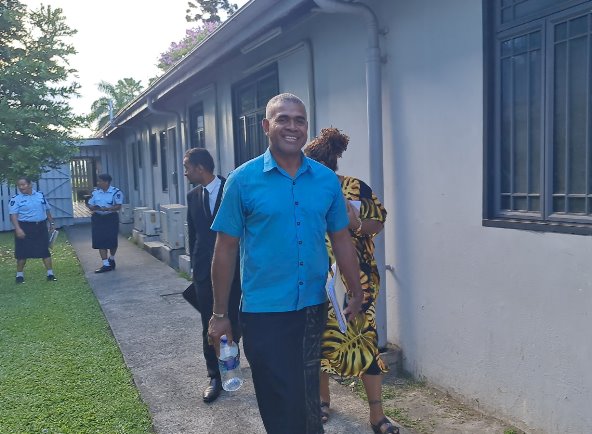 Chief Magistrate, Waleen George has ordered Dr Jone Hawea and Abel Camilo of We Unite Fiji Party to refrain from posting material on social media that will cause public anxiety.

The two accused have been charged with one count each of Malicious Act.

It is alleged that on 17 December, the two posted a live video, calling on the public to go and protest the vote count that was happening at the National Counting Centre.

Both Hawea and Camilo have been released on strict bail conditions.

They have been ordered not to interfere with prosecution witnesses, to report to their nearest Police station, not to post on social media and to surrender their travel documents on their next appearance at the Nadi Magistrates Court.

They have also been ordered not to change their residential addresses that have been placed with the Magistrate Court.

Resident-Magistrate George ordered the two accused to delete their post or similar posts on their social media and to exercise common sense as they are both adults.

They have also been ordered to delete their Facebook Accounts and not create new accounts.

She also stated that we live in uncertain times and love to post on Facebook; however we a should not post anything that would incite violence or public anxiety.

Both the accused have been served their full disclosures and had the offence read to them in court.

The matter has been adjourned to 28 December for mention at the Magistrate’s Court in Nadi.