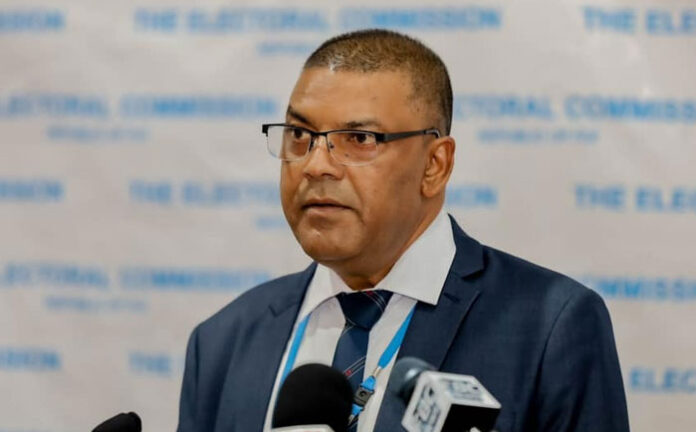 The Electoral Commission will return the Writ of Election to His Excellency, the President Ratu Wiliame Katonivere today.

Yesterday, the Fijian Elections Office officially handed over the final national tally for the 2022 General Election.

Commission chairperson Mukesh Nand confirmed that the Electoral Commission has retired to calculate the allocations for the 55 seats in the next Parliament.

Nand also highlighted the General Election was held in a peaceful and conducive environment.

He said the Commission members observed several polling venues on 14 December and were pleased with the smooth flow of operations on Election Day.

“We intend to announce the final list of candidates that will enter Parliament at 1pm followed by our appointment with His Excellency the President at 2pm when we intend to return the Writ for the 2022 General Election.”

Nand said that they were also present at the National Result Centre observing the result tabulation process.