Samisoni expresses her distaste for PA 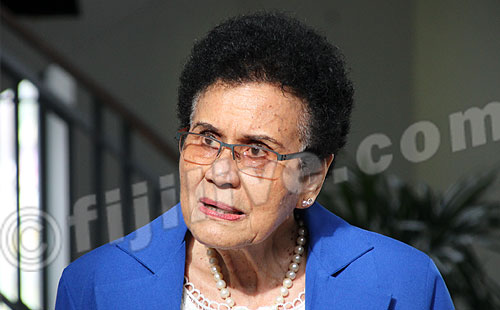 The prominent businesswoman said SODELPA is glad that they and their lot (referring to Rabuka and the others) left SODELPA to form their own political party.

Samisoni said their power, philosophy, principles and greed killed them.

In an email viewed by FijiLive, Samisoni said she will never forget how in 2018 SODELPA were told to be restructured by decentralized ‘turf control’, where Samisoni labeled Rabuka, Ratu Naiqama and Tabuya as the three musketeers that stole her votes.

“The three musketeers stole my votes by sending in the army to do their dirty job without paying my people at 35 polling stations (training, transport & food),” she said.

“Are these the values we want to teach our children to be team building leaders that serve our voter base & values. I think not.”

“In that open legal & professional process we can negotiate internally through bipartisan process to move forward for a democratic, social & liberal transition process according to SODELPA mission.”

“PAP motives were & are wrong for team building leadership in our beautiful beloved Fiji,” Samisoni added.