I don’t work for FijiFirst: Duru 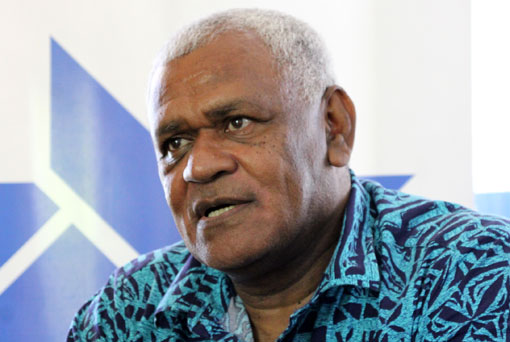 The General Secretary of the Social Democratic Liberal Party Lenaitasi Duru has categorically denied working in the interest of the FijiFirst Party in the coalition process.

Duru in an interview said, “I work for SODELPA and as an authorised officer of the Party it is my job to make sure that the Party does not go into anything illegal or get caught up in any compliance issues.”

In an earlier interview, Duru said he is challenging the decision of the SODELPA Management Board took and labelled the meeting as unconstitutional.

“I have written to the Office of the President and to the Registrar of Political Parties, Mohammed Saneem, stating the anomalies that took place yesterday.”

He confirmed that he has received the correspondence from the Office of the President and the Registrar of Political Parties.

“I received a response from the Office of the President, and the letter states he has not called for Parliament to convene yet. The letter also states that the President has 14 days and he has reassured us. We are respecting his wishes on that,” he added.

The Fijian Drua has announced its run-on side for the Super Rugby P...