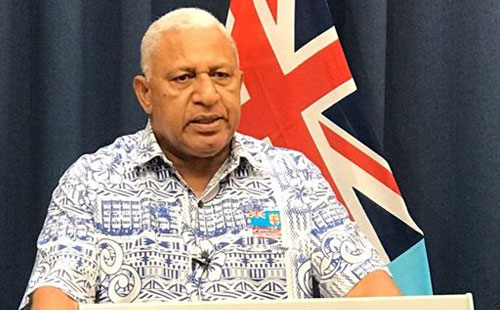 According to the 2013 constitution, Josaia Voreqe Bainimarama is still the Prime Minister of Fiji, until parliament’s first sitting when the next set of ministers including a prime minister will be known.

This was clarified by the Fiji First General Secretary Aiyaz Sayed-Khaiyum at a press conference yesterday.

Sayed-Khaiyum said people are assuming that Sitiveni Rabuka is now the Prime Minister and that some members of his Party are now ministers.

“Under the constitution, all other Ministers are also still office holders, until the next set of ministers is sworn in,” Sayed-Khaiyum said.

Fiji first won 26 seats in the 2022 General Elections whilst the People’s Alliance Party secured 21, National Federation Party with 5 seats and the Social Democratic Liberal Party holds the balance of power with 3 seats.