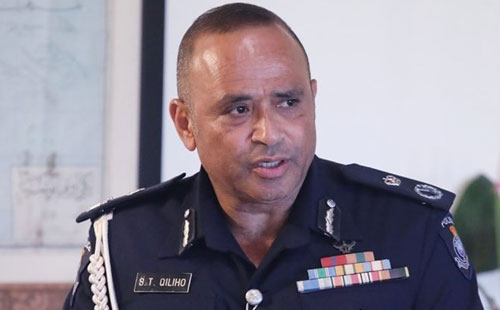 The Fiji Police Force reiterates its earlier assurance that all efforts are being directed towards ensuring everyone’s safety during this post-election period.

In a statement, Police Commissioner Brigadier-General Sitiveni Qiliho said Police can confirm that there have been two confirmed reports of stoning received within the Southern Division within the last 24 hours and all efforts are being directed to rounding up those involved.

“At the same time, we have received unconfirmed reports of alleged stoning incidents whereby the callers have refused to lodge official reports.”

“A team headed by the Divisional Crime Officer North has been tasked to conduct a thorough investigation into a report of vandalism lodged yesterday,” Qiliho said.

The Fiji Police Force emphasized the importance of lodging official reports, to allow for the conduct of an investigation, so those responsible can be arrested, charged and brought before a court of law.

“Such cowardly acts will not be condoned, and we are committing all available resources to ensure those responsible are brought to justice.”

“We assure members of the public of our unwavering commitment towards the maintenance of law and order for the facilitation of the political process following the recent political developments,” Qiliho added.

Harman to feature in Monsters Wo...