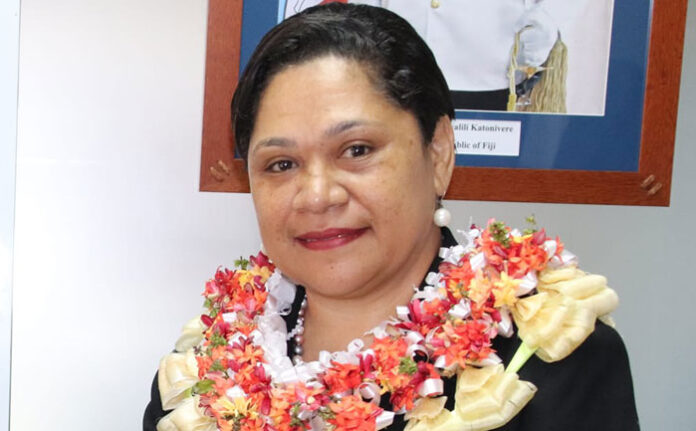 Permanent Secretary of the Ministry of Waterways and Environment Mere Siqila Lakeba revealed that nearly one million species of plants and animals are now threatened with extinction.

Lakeba said this during the BIODEV2030 Fiji Project Achievements and Biodiversity Commitments celebration earlier this week.

“There is a growing recognition that biological diversity is a global asset of tremendous value to the present and future generations.”

“The threat to species and ecosystems has never been as great as it is today. Species extinction caused by human activities continues at an alarming rate.”

“In many ways, this woke the world to the urgency of the crisis facing biodiversity that is degrading today at an unprecedented rate.”

“The loss of clean air, and drinkable water, pollinating insects, forests and species pose a big threat to species survival as climate change. Together we want to reverse the biodiversity loss and halt the extinction trend.”

“I understand that with the aim to reverse the curve and promote more sustainable and resilient economies, IUCN collaborates with Expertise France and WWF-France to catalyse the BIODEV2030 initiative, an initiative that aligns with the Convention on Biological Diversity.”

“The BIODEV 2030 Project is a two year project that creates a platform for a national dialogue around strategic economic sectors relevant to the country’s economy and biodiversity with the aim to foster ambitious scientific commitments and clear accountability mechanisms that bring about change.”

“Through this strategic approach, the BIODEV Project targets to set a platform for a science-decision-making interface that effectively builds on a coherent and cross-sectoral national agenda to achieve its objective by 2030.”

The BIODEV2030 Fiji project has experimented with an innovative methodology to promote biodiversity mainstreaming in the most impacting sectors. This method is based on 3 key steps. It includes A scientific biodiversity threats assessment, a deep sectoral analysis and a multi-stakeholder dialogue to foster sectoral voluntary commitments.

“With the use of the methodology it has been identified that kava and coastal fisheries sector are causing biodiversity loss in Fiji.”

“With the deep sectoral analysis, the pilot area of focus for Kava sector is Cakaudrove Province due to the high influx of kava farmers and the area is also considered a Key Biodiversity Area (KBA).”

She added that through the BIODEV 2030 project, more than 600 stakeholders were consulted during the project consultations and with a move to inspire change.

“The CBD COP 15 meeting in Montreal has just concluded in which the Post 2020 Global Biodiversity Framework has been negotiated that will determine this moment for biodiversity.”

“It will also mark the beginning of transformative change and the 2050 Vision of the Convention: living in harmony with nature and an ambitious and achievable post-2020 global biodiversity framework.”