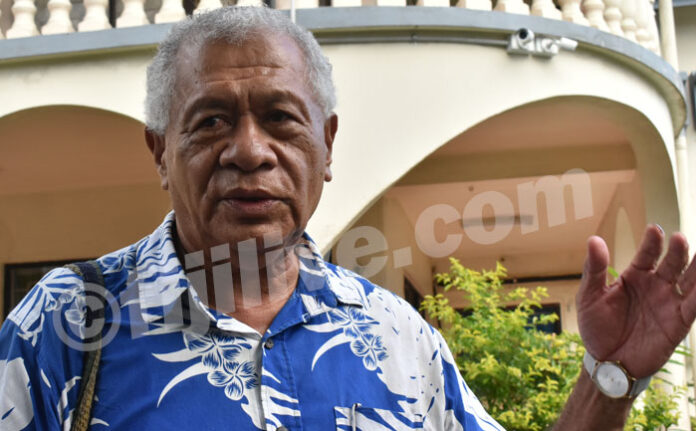 The Social Democratic Liberal Party will issue a written directive to its newly elected Members of Parliament to vote along the People’s Alliance and National Federation Party lines when Parliament convenes for its first sitting.

In a press conference this afternoon, Vice President and lead negotiator Anare Jale said as part of the  outcome of today’s Management Board, they will issue a directive to the three MPs on how to they are going to vote for the position of Speaker and the position of the Prime Minister.

He said the document will cover this.

“We understand that Parliament is going to be convened soon, so more the reason why that directive is needed for our Members of Parliament.”

This afternoon, the Management Board voted 13 -12 in favour of the People’s Alliance and the National Federation Party, one of the ballot was invalid.

“Democracy has won; we have observed the process to its fullest. We went into it, fully committed to ensuring the best for this country.

“I commend the leaders of the FijiFirst Party and People’s Alliance for their presentation today and the last four days. We believe we have agreed to move forward that benefits this country going forward,” Gavoka added.

She said it has been a painful 72 hours; hopefully we have sorted this out this time.

Earlier today both the People’s Alliance/NFP coalition members and those from FijiFirst Party presented again to the Management Board before its decision.