111 booked for speeding, 4 for drunk driving 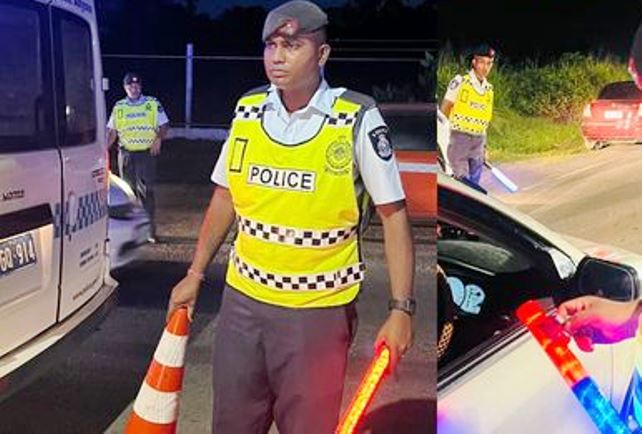 111 drivers were booked for speeding and 4 for drunk driving from 6am Monday morning to 6am this morning.

Of the 111 bookings for speeding, 54 were recorded in the West, 33 in the South and 24 in the Eastern Division.

Three of the four drunk drive arrests were made in the Western Division.

A 47-year-old technician, 30-year-old taxi driver and a 33-year-old PSV driver were arrested in Lautoka for driving under the influence of alcohol.

The 4th arrest was made in the Southern Division along Matanikorovatu Road in Nasinu where a 26-year-old man residing in Narere was found to be driving under the influence of alcohol.

A/ACP Driu said while traffic operations are focused along main highways and known black spot areas, snap checkpoints will be conducted throughout the country as a proactive measure for officers to conduct awareness to drivers on issues of concern regarding road safety.

He said Police will continue to issue the advisories and the onus is on drivers to take heed for their own safety and the safety of other road users.