Military bodyguards back to barracks 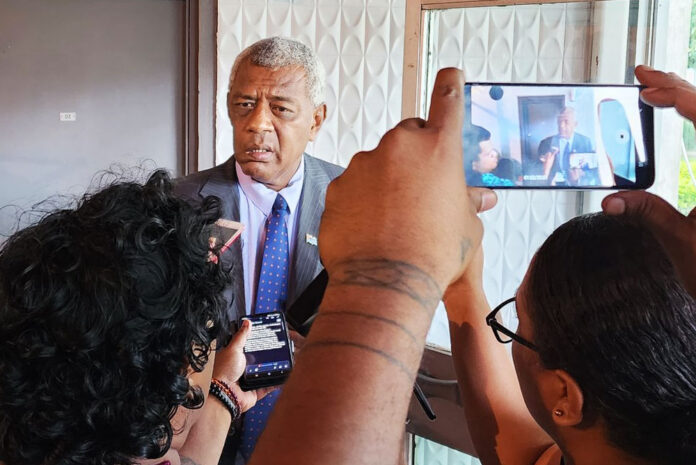 Minister for Home Affairs, Pio Tikoduadua, says there are no military personnel to perform bodyguard duties or close protection for Ministers.

This is including for former Prime Minister Voreqe Bainimarama and former Attorney-General Aiyaz Sayed-Khaiyum.

In a press conference this afternoon, Tikoduadua said as of yesterday all soldiers employed as Personal Protection Officers or for other capacities in government except for those that are at the Ministry of Home Affairs will be back at barracks.

“We want to build confidence in their armed forces, and that starts within government,” Tikoduadua said.

Tikoduadua said only the Prime Minister will have a security detail with him and this will be from the Fiji Police Force.

“I have also told Ministers that if they feel threatened, then they can tell the Commissioner of Police Sitiveni Qiliho, and he will make arrangements with the police to look after them.”

“Police have a role to play, and they will look after the law and order,” he added.

Bulitavu moved to CID for questi...