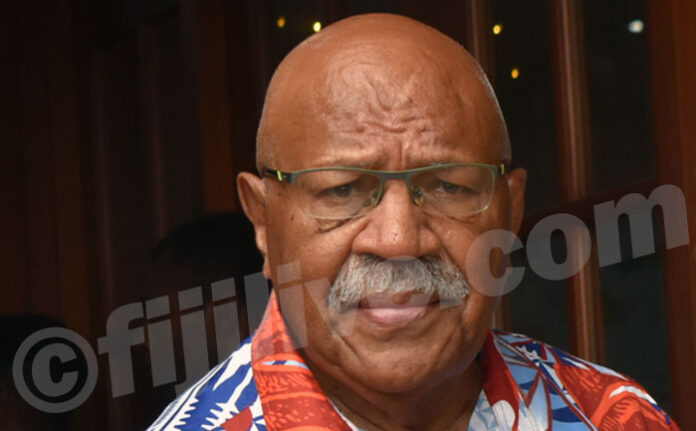 Prime Minister Sitiveni Rabuka says in his first 100 days in office, he intends to convene a great citizens’ assembly involving all Fijians.

In his official address to the nation last night, Rabuka said the agenda is to add to the manifesto and vision statements of the coalition government.

Rabuka said the aim was to seek from delegates their ideas and concepts to complement their plan for building a better, more prosperous and happier Island nation.

He said the coalition Government intends to establish specialist reviews in four key areas, the Constitution and legal reform, the economy, defence and national security and a forensic examination of the spending of the previous Government.

“Each review team will include people with expert knowledge, and the teams will report to the appropriate Cabinet member.”

“There is a looming issue is the state of Fiji’s public finances. The government debt may now be above $10 billion, and it is a huge burden for a small economy like Fiji.”

“The Minister of Finance will soon be sharing with him and Cabinet, the exact nature of the problem, and he will examine cash flow issues and the structure of debt payment. This will be done in a way that does not impede our development,” the Prime Minister said.

Rabuka also highlighted other specific tasks include a review of investments in land, a study of various contentious laws to determine whether they should be repealed or amended, an inquiry into the overall financial strength of the Fiji National Provident Fund and the impact of some of its decisions on individual members and pensioners, a study of the new financial arrangement for the operations of the Lautoka and Ba Hospitals, and disbursement of foreign aid money.