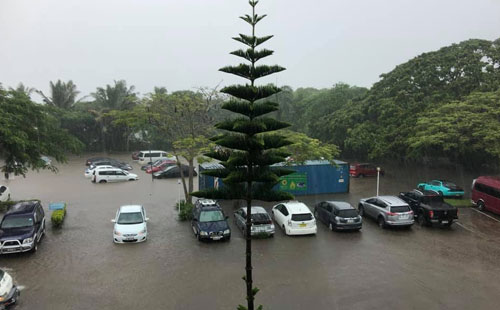 A heavy rain and flash flood warning remains in force for parts of Fiji.

Sigatoka, Nadi, Lautoka, Ba, Tavua and Rakiraki and Northern Bua, Macuata, Cikobia and Qelelevu in the Northern Vanua Levu, the Yasawa and Mamanuca Groups, Kadavu and Lau and Lomaiviti Group a should expect periods of heavy rain as an active trough of low pressure lies slow moving to the west of Fiji.

Associated rain bands continue to affect the Fiji group and a heavy rain alert remains in force for the rest of the country.

According to the Fiji Meteorological Services, the current weather situation is expected to ease by Wednesday.

AG unaware of complaint against ...