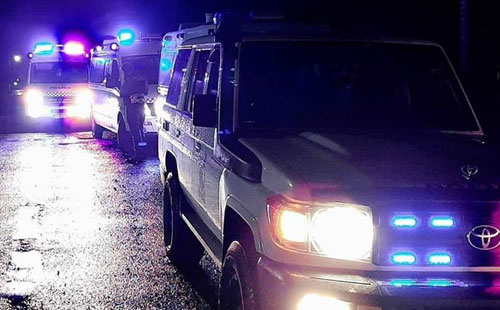 Chief Operations Officer (COO) Acting Assistant Commissioner of Police (A/ACP) Livai Driu has raised serious concerns following the high number of speeding and drunk drive bookings and arrests made between 6am on the 31st of December to 6am 1st January 2023.

Fifteen drunk and drive arrests were recorded during the reporting period, with the Western Division recording the highest arrests of six.

The Central Division recorded five, South three, and the Eastern Division one.

Also concerning were the bookings for speeding, which recorded 118.

A/ACP Driu says driver behaviour continues to be a concern and is reflected in the traffic infringement bookings recorded on a daily basis.

“Speeding and drunk driving are two of the leading causes of road fatalities and despite the repeated warnings and advisories being issued, we continue to record high number of bookings.”

“Driver attitudes need to change. We urge everyone to speak up and report drivers who continue to be reckless to prevent further loss of lives on our roads.”

Traffic officers will be out in numbers again today with increased movement of people anticipated following the Christmas and New Year festivities.