Sayed-Khaiyum is no longer MP: Bainimarama 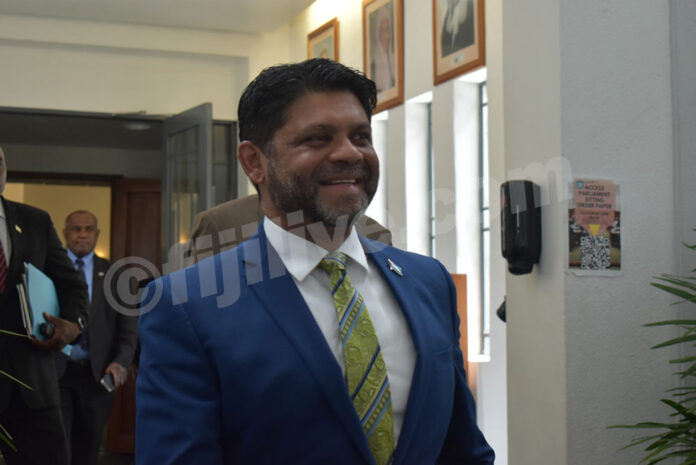 The Leader of Opposition, Voreqe Bainimarama says the former Attorney-General and FijiFirst General Secretary, Aiyaz Sayed-Khaiyum is no longer a Member of Parliament.

This was after Bainimarama nominated Sayed-Khaiyum to the Constitutional Offices Commission, earlier this afternoon.

Bainimarama made this video announcement on their FijiFirst Facebook Page earlier this evening, saying he deliberately nominated Sayed-Khaiyum in order to provide the best representation on the Constitutional Offices Commission.

Bainimarama said that his nomination of the former Attorney-General means that he is subjected to Section 63 (1)(b) of the Constitution.

Section 63 (1) (b) of the Fijian Constitution states that the seat of a member of Parliament becomes vacant if the member, with the member’s consent, becomes the holder of a public office.

Section 57 (3) states that for the purposes of this section, “public office” means— any office in, or as a member of, a statutory authority, a commission, or a board established by or continued in existence by the Constitution or any written law.

Bainimarama said, under Section 57(3), Public Office includes the Membership of the Commission.

Bainimarama said that he and his nominee Sayed-Khaiyum attended the first COC meeting on Sunday and claimed the meeting was called in haste, with two days prior notice.

“The agenda item was received the day before (Saturday) while the minutes had been received on the day itself.”

However, it is understood that Prime Minister Sitiveni Rabuka’s nominees are prominent constitutional lawyer Jon Apted and former MP and lawyer Tanya Waqanika.