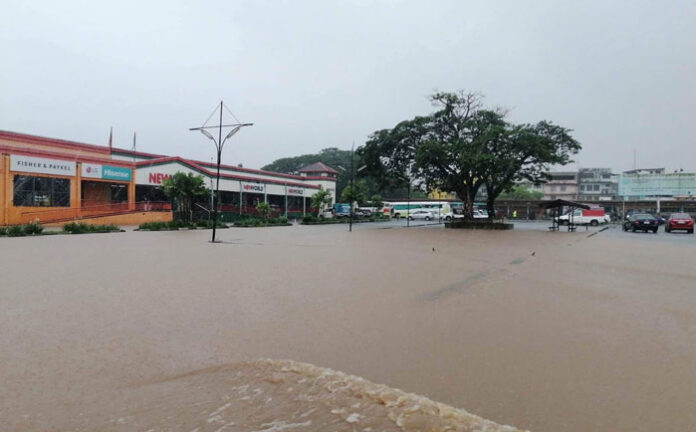 Heavy rain which has been affecting the West of Viti Levu is expected to ease by Saturday morning, however another trough of low pressure is anticipated to approach Fiji from the southwest from Sunday.

Fiji Meteorological Service in its latest update says showers with isolated heavy falls will start to affect most parts of the group again until early next week.

There has been continuous rain since late last week and with already saturated soil, the risk of flash flood and landslides remains.

A Flash Flood Warning is now in force for low lying areas, crossings and flood prone areas within Tuva Catchment from Emuri to Semo Village, Nadi Catchment and Vitogo Catchment.

A Flash Flood Alert remains in force for the rest of the low lying areas and flood prone areas in the Interior and Western Parts of Viti Levu from Sigatoka to Rakiraki (Sigatoka-Lautoka- Ba-Tavua-Rakiraki Area) and Kadavu.

Meanwhile, a tropical low is expected to deepen during the weekend in the Coral Sea and move southeast towards New Caledonia.

The system is not anticipated to have any direct effect on Fiji.